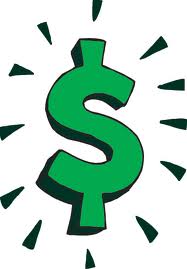 Unlike the insurance companies, the government tends to focus on lowering the amount of money that consumers must spend on health care. A recent study has found that diabetes ranks number seven among the 10 most expensive medical conditions in the United States. Adequate insurance coverage for patients with insulin pumps could help to give diabetes a much lower ranking.

At the present time, a diabetic who works for a large company in the U.S should have little trouble getting insurance that would cover the cost of an insulin pump. Health insurers must agree to provide reimbursement for the costs of employees with pre-existing medical conditions. Private insurers can be more “choosey.”

For a while, those diabetics who could afford to pay for private health insurance could not get such insurance, because private companies would not cover them. Now some states in the U.S have major medical risk pools. Those states purchase a group health insurance plan. A diabetic can buy health insurance from such a plan, if he or she is willing to pay the slightly higher price.

The Consolidated Omnibus Budget Reconciliation Act (COBRA) helps those diabetics who have lost a job, and have thus lost medical coverage. Jobless diabetics can purchase coverage from the same health insurance company that covered them in a recent job, even though they have a pre-existing condition.. That coverage can remain in effect for up to 29 months.

Patients with diabetes have also been helped by passage of the Health Insurance Portability Act. That act limits the ability of any insurance company to deny coverage to someone with a pre-existing condition. In addition, some states have specific Diabetes Insurance Coverage Laws. Such laws can require coverage for diabetes education, diabetes supplies and diabetes nutritional therapy.

The use of an insulin pump demands the willingness to attend the mandatory training. Training sessions normally take place under the guidance of a diabetes educator. The educator helps with pump set-up, with the process for delivery of bolus insulin doses and with changes in the pump infusion set.

A good health insurance policy should cover the many possible problems that can plague the life of a patient with diabetes, should that patient decide to wear an insulin pump. The pump could run out of batteries. The pump’s infusion set could become clogged or dislodged. The tube carrying the insulin could become kinked or clogged. The insertion site could become irritated or infected.

A good health insurance policy should cover both the cost of the insulin pump ($5,000 to $6,000) and the cost of monthly treatments (about $480). A patient with diabetes needs a top quality health plan. Diabetes patients in the U.S can consult the Department of Health and Human Services about the quality of the various health plans to which they might have access. A wise patient bases his or her selection at least partly on the quality of health care expected through any health provider.

In addition, once a patient has obtained health insurance, that patient can limit the costs of any hospital stay by communicating with doctors and nurses. A patient with diabetes ought to learn how any of his or her medications might affect the body’s blood glucose level. The patient should also find out what the acceptable blood sugar level is for a diabetic who is confined to a hospital bed.

When a patient with diabetes is in the hospital, tight blood glucose control should be a priority for all concerned. For that reason, the patient should request a “self management order,” a paper that gives the patient the freedom to control the course of his or her own diabetes treatment.