Not for the weak of heart, toenail fungus can be a real turnoff in your life – thickened, yellowish, ragged nails. You see it, you hate, and you want to do all you can to get rid of it. All of us want beautiful (or just plain old regular nails, hands and feet), and beautiful nails mean healthy nailbeds. 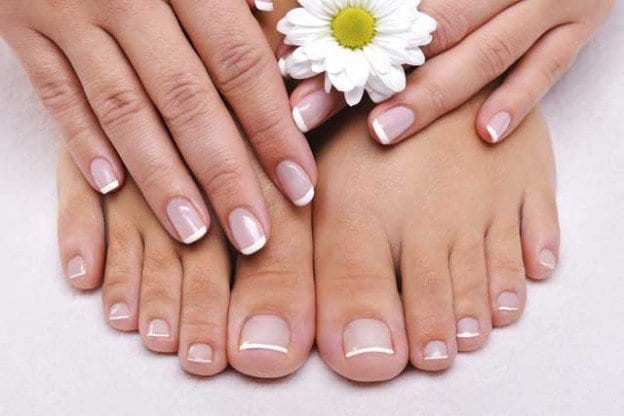 Not for the weak of heart, toenail fungus can be a real turnoff in your life – thickened, yellowish, ragged nails. You see it, you hate, and you want to do all you can to get rid of it. All of us want beautiful (or just plain old regular nails, hands and feet), and beautiful nails mean healthy nailbeds.

Anyone with a longstanding diabetes history has concerns of eventual diabetic neuropathy. Neuropathy is usually first noticed in the lower limbs, particularly the feet, to include the toes. Neuropathy is nerve damage (or a malfunction of the nerves). The symptoms are often described as numbness, tingling and pain. Approximately 50 percent of people with diabetes have some neuropathy. So if you have diabetes and you somehow pick up that awful toenail fungus that we have all heard about, take care of your feet and try to get rid of the fungus so that it doesn’t lead to more serious problems in the future. There are treatments for toenail fungus and diabetes.

The fancy medical term for toenail fungus is onychomycosis, but most of us have come to recognize it as a little spot that starts under the end of the toenail and works its way back, eventually loosening the end of the toenail and making the toenail very ugly and unattractive in the process. Underneath that nail is where the fungus lives. When this fungus is between your toes and the skin of your feet, it’s called athlete’s foot and has the different fancy medical name of tinea pedis.

We’ve all heard of toenail fungus; most of us have heard from a friend or family member who suffers with it. The hope is to get rid of it totally, and that is a challenge. Various topical ointments have been used that you can find in your own home and various prescription-strength medications have been invented to cure it. Experimentation of which is best for you is the challenge, with most people opting for home remedies before going to the expense of a prescription from the doctor.

Toenail fungus cannot be cured in a week. It takes time (approximately three to six months) to get rid of the fungus. You have to be diligent in attacking it. If the treatment option you choose calls for application morning and night, then you have to do it morning and night to get results. This fungus takes determination on your part. If you let up at all, it grows a little more, gets a little stronger. Keep at it, and you can clear it up.

Home Treatments That Have Been Used to Treat Toenail Fungus

Soak the affected toes for approximately 20 minutes in the evening.

A smelly option, but one that has brought relief to some. Cover the affected toes heavily, put on cotton socks and wear the socks all night long while you are sleeping.

A little oil that comes in a little glass bottle that can be purchased just about anywhere that sells a variety of vitamins or health-related products. A grocery store can even carry it, along with a health food store or your local big chain stores (Wal-Mart, Target, etc.). Some people mix this with the apple cider vinegar, but if you use tea tree oil solely, simply dab it on morning and night. Do not put on any shoes or socks until it is well dried.

Soak affected area for approximately 20 minutes in the evenings. For use during the day, dab on the mouthwash, making sure you go all the way back to the bed of the nail, and let dry thoroughly before putting on shoes or socks. (Personally, a family member had huge success with the tea tree oil.)

Topical treatment. New to the market, and very, very pricy. Even with your insurance covering most of it, you still have a good-sized co-pay. Some insurance companies have also been requiring preapproval before covering Jublia.

Pill Form. I’ve read good reviews on this, but anyone adding a pill to their daily regimen, especially if you have diabetes, should have a talk about side effects with your doctor first.

(Penlac) Like a clear fingernail polish. You paint it on daily, layering on one coat per day throughout the week. At the end of the week, remove it with nail polish, and then start the process all over again. Do this for about three months, and your nails might be clear. Limited side effects, but have a talk with your doctor to be on the safe side.

Most treatments that are undertaken to clear the toenail fungus need access to the nail bed and under the nail as much as possible. Your goal is to get the treatment to the fungus so it can kill the fungus. Covering nails with fingernail polish will probably lessen your chances at getting directly to the fungus. Knowing this, you can still opt for using nail polish, but your results might not be as favorable as you want.

It’s a sneaky, nasty fungus, and all sorts of theories are out there on what causes it. Just like any other fungus, it needs a place to live and breed. You just catch it. As simple as that, you get exposed to it, you catch it, and then it owns you for quite a while.

Hot, humid, enclosed places are where most fungi thrive, with the toenail fungus being the same. Most importantly, it’s out there and your best option is to avoid it. It has been known to spread via non-sterile tools that are used in salons where pedicures and manicures are given, innocently being spread from one client to another. As well, lifting the corners of the nails and trimming too closely increases your risk of catching the tormenting, spreading devil of toenail fungus. It has been known to love the locker room at the gym. It has been known to live in the damp soil in your flowerbeds.

Try to avoid it, especially if you have any form of diabetes. It makes your nails unattractive, but it can also turn into a very serious health issue for anyone with a compromised immune system. If you have toenail fungus and diabetes, make sure to treat it immediately.