A new study warns that eating food too quickly more than doubles an individual’s chance of developing impaired glucose tolerance, also known as pre-diabetes and the precursor to Type 2 diabetes. 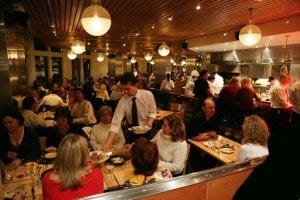 A new study warns that eating food too quickly more than doubles an individual’s chance of developing impaired glucose tolerance, also known as pre-diabetes and the precursor to Type 2 diabetes. It appears that eating quickly is the only mechanical eating practice that can promote the onset of pre-diabetes; people who engaged in snacking and eating late at night were not an increased risk of developing the disease. The study appeared in the journal “Diabetes Research and Clinical Practice” and was conducted at the Institute of Clinical Medicine at the University of Tsukuba.

The Japanese study found that eating food quickly was the only eating pattern that caused a significant increase in risk of developing pre-diabetes. The results were adjusted for factors that may have skewed the results, including age, sex, weight, smoking, alcohol, blood pressure, cholesterol, and whether the individual had a family history of diabetes.

The investigation followed 172 Japanese men and women who were diagnosed as healthy at the beginning of the study for three years. They were asked to self-report various aspects of their eating habits, such as whether they were fast eaters, ate late at night, snacked frequently, skipped meals, or ate out frequently. Throughout the three-year period of the study, 39 participants developed impaired glucose tolerance and two of those went on to develop Type 2 diabetes.

Scientists aren’t sure exactly why eating faster makes an individual more likely to develop pre-diabetes and Type 2 diabetes, but one hypothesis states that eating rapidly results in higher postprandial blood glucose levels — the level of sugar in the blood after a meal. Some doctors also speculate that eating too quickly results in an overall increase in the amount of calories eaten since it takes about 20 minutes for the brain to receive the signal that the stomach is full; thus, those who eat quickly will consume more calories before realizing that they’re finished eating.

Previous research has also confirmed that eating quickly results in increased weight gain, which is associated with pre-diabetes and Type 2 diabetes. One study presented to the North American Association for the Study of Obesity found that overweight men and women consumed fewer calories overall when they slowed their eating pace. Another study conducted in Japan found that among 1,700 young women, eating slowly resulted in feelings of fullness occurring sooner, which meant that the women consumed fewer calories throughout the meal. Additionally, a recent study conducted in New Zealand found that women who were fast eaters were at an increased risk of obesity.

It is thought that there are 2.8 million people throughout the United Kingdom with undiagnosed Type 2 diabetes. The disease reduces or eliminates the body’s ability to produce insulin, which helps shuttle sugar in the bloodstream into cells to be used as energy. Since a Type 2 diabetic’s body does not produce enough insulin on its own, diabetics require insulin supplements in the form of injections or other delivery methods.

Impaired glucose tolerance (IGT), or pre-diabetes, is a sign that the individual will soon develop diabetes if blood sugar levels are not more tightly controlled. In pre-diabetes, those blood glucose levels are elevated, but not high enough to cause diabetes.