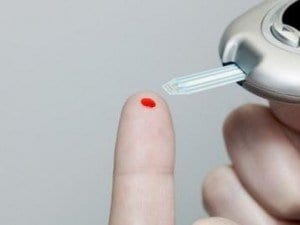 Impaired Glucose Tolerance (IGT) is a fasting plasma glucose level less than seven mmol/l with a 2-hour oral tolerance test of glucose, at a value of between seven point eight and eleven point one mmol/l. This condition is usually characterized by insulin resistance and hyperglycemia, and is usually considered as a stage in the development of diabetes mellitus (type two).

Also, you can define it as a condition of fasting glucose being between six point one to six point nine mmol/l. It is a pre-diabetic stage of dyglycemia that is associated with heightened risk of cardiovascular pathology and insulin resistance. The most consistent predictor of the condition’s progression to diabetes is baseline plasma glucose. This condition is also known to be a risk factor for cardiovascular disease.

Investigation of Impaired Glucose Tolerance
In the UK, studies shown that the prevalence rate of impaired glucose tolerance of people between the ages of 35 to 65 is 17 percent. In the United States, between ten and fifteen percent of adults are known to suffer from this condition. But who is most at risk? Risk factors that lead to the development of the disorder include obesity, hypertension, and first degree diabetes. Also, certain ethnic groups such as Asians and people of afro-Caribbean origin are known to be greatly susceptible to this condition.

Between twenty and fifty percent of people suffering from impaired glucose tolerance will end up with (type two) diabetes within a period of ten years of diagnosis. Presently this condition is not clearly associated with such microvascular complications as neuropathy, retinopathy, and nephropathy.

With impaired glucose tolerance, you usually become asymptomatic. You may have symptoms similar to those of cardiovascular disease sometimes with mild conditions of hyperglycemia. This disease is associated with hypertension, raised serum cholesterol levels, abnormal heart findings, angina, stroke, and arteriosclerosis as well.

During investigation of the condition, you are subjected to an overnight fast that lasts between eight and fourteen hours at which time smoking is not allowed. The patient, depending on age, is then given anhydrous glucose dissolved in water. Fear blood tests? Blood sugar levels are tested before the test is conducted and thirty minutes successively after the test up to a total of two hours.

Early diagnosis and treatment of impaired glucose tolerance has shown to favorably reduce by 58% possibility of its worsening to diabetes. It is recommended that people who have suffered from the condition must go for annual screening to prevent worsening health conditions.

Management of Impaired Glucose Tolerance
Management of impaired glucose tolerance includes use of drugs and changing the patient’s lifestyle. Non-drug measures have been known to go a long way in management of the condition if combined with use of drugs. Such lifestyle intervention measures include increasing your physical activity, increasing dietary fiber intake, reducing intake saturated fats and sugar, and weight reduction for overweight people.

Treatment of the condition using drugs is equally important. One way of treatment involves reversal of iatrogenic causative factors of glucose intolerance that are drug related. Agents such as ACE inhibitors, thiazolidiones and angiotensin receptor antagonists have also been used to prevent worsening of the condition.

To improve glucose uptake, oxidation, and regulation; your doctor may opt to use carnitine temporarily as long as your glucose level is maintained within the norm. Use of acarbose and metformin has also been established to reduce chances of the condition developing into type-II diabetes.

It is a sure fact that prevention is better than cure. You can prevent the disease by eating healthy diets that consist of high fiber, lots of vegetables and fruits, and low fat. Avoiding alcohol abuse and maintaining regular physical activity will go a long way in preventing the disease.