The Centers for Disease Control (CDC) suggests that a better understanding of what prediabetes is could help prevent the expansion of diabetes. 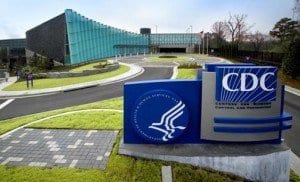 The Centers for Disease Control (CDC) suggests that a better understanding of what prediabetes is could help prevent the expansion of diabetes. Knowing what leads to diabetes can be a powerful tool of disease avoidance.

The following information was provided by the CDC to help identify issues related to prediabetes.

Prediabetes is a condition in which individuals have blood glucose levels higher than normal but not high enough to be classified as diabetes. People with prediabetes have an increased risk of developing type 2 diabetes, heart disease, and stroke.

Prevention or delay of diabetes

The best news in this prediabetic information is that type 2 diabetes can be prevented through certain lifestyle adjustments. These adjustments can lead to a longer life and a significantly better quality of life.

This information is important as the number of undiagnosed diabetes continues to rise. Because a diabetic can have the disease the not know it until the disease is well entrenched it is important to know what signs to look for as an indicator of what you may need to do to avoid the disease.