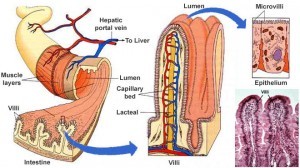 Celiac Disease And Diabetes: Celiac Disease is a disease that interferes with the digestive system; it makes the small intestine have further lack of absorbing traditional nutrients that is taken from the food that you eat. There is a protein called Gluten that these people who suffer from this disease are not allowed to have. Most packages especially chips provide us with knowledge on whether or not the ingredients include Gluten or not, most say “Gluten-free.” Of course for most people that doesn’t mean much on a regular basis because we scarf down a bag a chips anyways. However, for those who have Celiac disease it could be a huge problem.

Usually, Gluten is found in things like rye breads, barley and wheat products. Usually this protein is found in the foods we intake daily, but there are instances that it can be found is our daily activities also that can be just as harmful. Take a closer look at both your medications and vitamins because you could find out that both hold the harmful protein for your body. Also something as simple as a self adhesive stamp could hold the protein. Most people these days use the pre-made adhesive stamps and that’s actually the best way to go since the other stamps taste very bad.

So you are probably wondering what exactly happens to these people with Celiac disease who intake Gluten? Well I’ll tell you, Gluten will cause the immune system of these certain people to interact with the body and end up damaging itself. The body will start beating up on its own self and the most damage will go straight to your small intestine. There are many protrusions along the wall of your intestine that end up taking a harsh amount of damage and are most times destroyed. These protrusions are referred to villi, and they allow the food that is eaten to be absorbed into the bloodstream. Without it, a person will become unhealthy and very malnourished which will cause other serious problems. Many people would say to eat more, but it doesn’t matter how much you eat, once the villi’s are destroyed then you will need medical help to recover.

Celiac Disease is considered an autoimmune disease because it is a disease that makes the body attacks itself. Most times it is a genetic disease but occasionally it is found that the disease is triggered through an event in your life such as severe stress, viral infections, child birth, surgery and possibly pregnancy.

Some normal symptoms you could look for are the following:

Those are just some of the basic symptoms there are many more, so if you find yourself with any of the recurrent symptoms then it is very important to get checked out as soon as possible.

Diabetes plays a role in Celiac disease by also being an autoimmune disease. Those who have developed Celiac Disease may also find that they have developed Diabetes also. So to get checked for both might be in your best interest as far as your health is concerned. Other diseases that can be found are thyroid disease, liver disease, systemic lupus erythematosus and rheumatoid arthritis.

Treatment for Celiac disease consists of first making sure there is no gluten anywhere near your food. If you do that, then can live normally; granted it will be harder to live normally due to checking all your food products. However, gluten-free diets are basically the only cure for those who have developed Celiac disease.