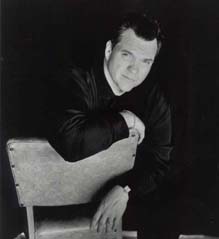 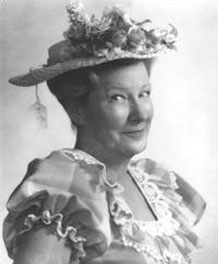 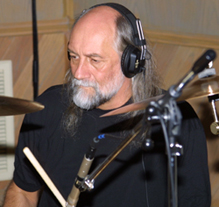 Mick Fleetwood was born Michael John Kells Fleetwood in 1947. He is a native of Redruth, Cornwall, United Kingdom. Fleetwood was one of the founding members of the band Fleetwood Mac. He had a rough childhood which led him to drop out of school at the young age of 15. Fleetwood decided then that he would go to London to become a drummer. His career had several levels, including various bands and small TV and film rolls. He will always be remembered for his Fleetwood Mac performances. In November of 2002, Fleetwood became a U.S. citizen. Mick Fleetwood is 61 years old.

Fleetwood has had several bouts of hypoglycemia while drumming for Fleetwood Mac. In 1979, doctors told him that he had diabetes. When Fleetwood was diagnosed, he did not know what was happening. Finally he received the news that he had a mild case of diabetes. With diet and exercise he was able to keep it under control. 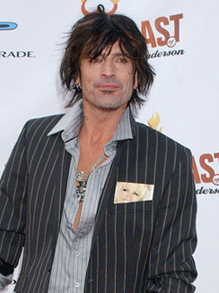 Tommy Lee was born Tommy Lee Bass in 1962. He is a native of Athens, Greece. However, shortly after he was born the family moved to California. Lee’s father is of Welsh American and his mother is of Greek descent. Lee is most famous for being the drummer of the 80’s heavy metal band Mötley Crüe. He has been married to Pamela Anderson as well as Heather Locklear.

Lee has been in trouble with the law on a few occasions and is considered a bad boy or the heavy metal industry. In addition to Mötley Crüe, Lee has formed other bands as well. The one that lee is presently with is called Electro Mayhem. Tommy Lee is 46 years old. 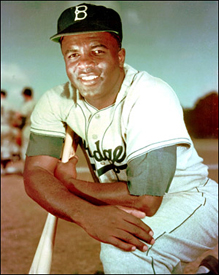 was born Jack Roosevelt Robinson in 1919. He is a native of Cairo, Georgia. Robinson is one of the most famous baseball players to date. In 1947, he became the first major league African-American star. His career was the start of the end of baseball segregation. Robinson has won many awards including the first “Rookie of the Year”, “National League MVP” as well as the “Presidential Medal of Freedom”. Not only did he portray freedom in American sports, he also spoke out in the civil rights movement. Robinson supported Martin Luther King Jr. and Malcolm X. He was inducted into the Baseball Hall of Fame in 1962 and his player number 42 was retired in 1997. Jackie Robinson was an icon in American history. He died in 1972 of heart disease a well as complications to diabetes. Robinson was 53 years old.

Robinson suffered from diabetes and heart problems through his later life. He was almost completely blind because of the diabetes. Robinson, who had to deal with more than his health issues in his life, died at an early age because of his illnesses.

is an American Icon. He was born in 1905 from Huston, Texas. Various books and stories have been written of the famous Hughes. He was an aviator, producer, director and still to this day, one of the wealthiest people in the world. Hughes is credited for building aircrafts, racers and increasing in productivity of Trans World Airlines. He has been in the spot light for over 80 years and he is still being talked about. Hughes has had several controversial issues in his life. However, most spoken and written words were assumed just to be rumors. In 1952, Hughes used his increasing wealth to create the Howard Hughes Medical Institute. Howard Hughes died in 1976 of kidney failure. He was 71 years old.

Throughout Hughes life he has had several medical problems. As a child, he developed a social anxiety disorder which made certain situations unbearable. He has also had various instances where the OCD disorder controlled his life. Hughes fell into a mental state of withdrawal. He was hardly seen and would lock himself up in his home for days at a time. While much has been written about Howard Hughes compulsive disorder, Hughes’ diabetes has received much less attention. A review of his life presents no evidence of a need to slow down, due to problems with diabetes. 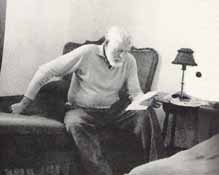 is one of the most famous American writers of the 1900s. He was born in 1899 from Oak Park, Illinois. During his life he has had several ups and downs. Hemingway is renowned for his works including “For Whom the Bell Tolls”, “The Old Man and the Sea” and “Men Without Women”. He has received the Noble Prize in Literature as well as the Pulitzer Prize. Hemingway has been a journalist, worked with commentaries and a national icon. With increasing stability problems, Ernest Hemingway took his own life in 1961. He was 62 years old.

Hemingway’s father had the same fate. He was distressed from diabetes and financial problems. Clarence Hemingway took his own life in 1928. This disturbed Hemingway fiercely. He became withdrawn and rather depressed. Several members of Hemingway’s family committed suicide through the years as well. Hemingway himself became a diabetic, struggling with the disease as he wrote in Europe, the U.S. and the islands of the Caribbean.

is a professional basketball player. He was born in 1984 from Glendive, Montana. His career is still going strong. Morrison has won and been a finalist in several awards. He was a finalist in the Naismith and Wooden Awards. Morison was co-player of the year and won the Chevrolet Player of the Year award, in 2006. He is an outstanding basketball player that has achieved various records and awards for his performance. Adam Morrison is currently playing for the Charlotte Bobcats. He is 24 years old.

Morrison knew nothing about diabetes when he attended a basketball camp in eighth grade. While at that camp, Morrison got very sick, and he was diagnosed with type 1 diabetes. Since then, he has been managing his diabetes through healthy eating habits as well as an insulin pump. This is attached to his body to give insulin when needed. Sports Illustrated did a spread on Morrison’s diabetic problems. Since that has been published, several parents and children have asked that Morrison speaks to them about the disease. He is a role model for young children as well as adults trying to live a normal life with diabetes.

Ester Rolle was born in 1920, native of Pompano Beach, California. Through her life she was a star. Her career choices took her to stage, film as well as TV rolls. Rolle’s stage appearances include “Don’t Play Us Cheap”. Her movie career had hits like, “Train Ride”. However, Rolle’s most memorable performance was in the 70s TV show, “Good Times”. Ester Rolle died in 1998 of complications from diabetes. She was 78 years old.

The world lost another famous diabetic when Ester Rolle died in 1998. She was battling through her health problems up until the end. Even though Rolle’s played a maid in two popular television programs, she made a promise to her father. Rolle’s kept that promise to the very end; she swore that she would never be a maid in real life. 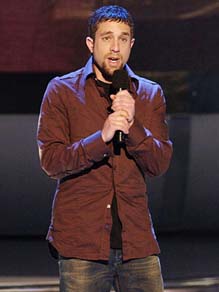 Efraym Elliot Yamin entered the world in 1978. He is a native of Los Angeles, California. Yamin is from Jewish and Israeli descent. His musical career started out at an early age. Yamin was first discovered signing karaoke when he was a teenage. He has had several big breaks including a single titled, “Wait for You”. Most people may recognize him from “American Idol”, where he placed 3rd on the fifth season. Since being on “American Idol”, he has preformed on various talk shows as well as several other performances that has launched his musical talent to higher levels. Elliot Yamin is now 30 years old and in the height of his career.

At the age of 16, he learned that he had type 1 diabetes. He publicly described his reaction to that diagnosis: “I didn’t understand how I could go from being a normal kid to overnight, having this lifelong disease that was incurable.” Yamin got over his initial shock, and he went on to make a recording with Hickory Records.