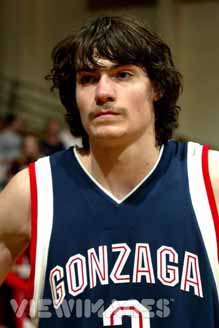 is a professional basketball player. He was born in 1984 from Glendive, Montana. His career is still going strong. Morrison has won and been a finalist in several awards. He was a finalist in the Naismith and Wooden Awards. Morison was co-player of the year and won the Chevrolet Player of the Year award, in 2006. He is an outstanding basketball player that has achieved various records and awards for his performance. Adam Morrison is currently playing for the Charlotte Bobcats. He is 24 years old.

Morrison knew nothing about diabetes when he attended a basketball camp in eighth grade. While at that camp, Morrison got very sick, and he was diagnosed with type 1 diabetes. Since then, he has been managing his diabetes through healthy eating habits as well as an insulin pump. This is attached to his body to give insulin when needed. Sports Illustrated did a spread on Morrison’s diabetic problems. Since that has been published, several parents and children have asked that Morrison speaks to them about the disease. He is a role model for young children as well as adults trying to live a normal life with diabetes.