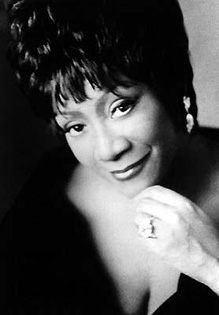 Patti LaBelle was born Patricia Louise Holt in 1944. She is a native of Philadelphia, Pennsylvania. She is best known for her songwriting and R&B performances. LaBelle has been the founder of two musical groups, Patti LaBelle & the Bluebelles and Labelle. She has had such hit songs as “Take Me for a Little While”, “Lady Marmalade” and “Where Love Begins”. LaBelle is mostly known for her unique singing styles but she has been in various films and talk show appearances. Patti LaBelle, at the age of 64, is still going strong in the music industry.

LaBelle has been struggling with diabetes since 1995. She passed out on stage in 1990. Later a physician spoke with her and asked, “Did you know that you were a diabetic?” Since she has been diagnosed with diabetes, LaBelle has been a spokeswoman for the American Diabetes Association. Her work with this disease did not stop there. She has written two cookbooks for the diabetic community as well as participated in advertisements for the One-Touch Ultra blood sugar tester machines.