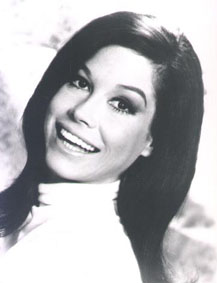 Mary Tyler Moore has been an icon in the television world as well as a spokeswoman for diabetes. She was born in 1936, a native of Brooklyn, New York. Moore is most famous for her roles in “The Mary Tyler Moore Show” as well as “The Dick Van Dyke Show”. She began her career at the tender age of 17. Moore got her start on television commercials that were played during the most popular sitcoms at the time. She has been in film as well as stage performances. Through her career, she has been honored with a statute and awards. She is still making appearances in TV and movies.

Moore, who has type 1 diabetes, spoke before a Congressional committee, on behalf of all diabetics. On June 24, 2003, she gave this testimony:”For most of you, blood sugar balance is as automatic as breathing. But for people with juvenile diabetes, like me, it requires vigilance 24 hours per day, 7 days per week, 365 days per year.” She has done commercials and assists in opening peoples eye to the dangerous that diabetes can cause. While Moore is fighting for a cure for the diabetes disease, she has almost completely lost her sight as well as one of her limbs.