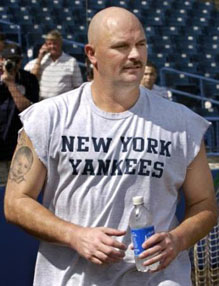 David Wells was born in 1963 from Torrance, California. He is famous for his pitching skills. Wells has been a successful pitcher for several teams beginning with Toronto Blue Jays in 1987 and his latest team is the Los Angeles Dodgers in 2007. With the nickname Boomer, he has been dubbed the best left-handed pitcher in baseball. On March 17, 1998 Wells had earned public recognition. He was the 15th pitcher in the history of the MLB to pitch a perfect game.

Wells was lucky enough to enjoy a childhood that did not include tests of his blood sugar level. In the spring of 2007, David Wells made a public announcement, letting everyone know that he has Type II diabetes. Wells was determined to take the necessary lifestyle changes in order to try and beat the disease.