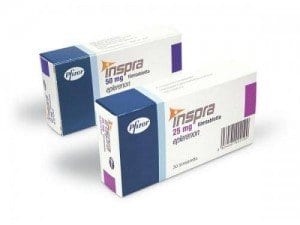 A prespecified analysis presented at the 2011 Congress of the European Society of Cardiology (ESC) suggests that treatment with eplerenone drastically reduces the likelihood of cardiovascular mortality or hospitalization from heart failure in patients who have risk factors such as renal compromise and diabetes.

“So, overwhelmingly the data are positive,” said co-principal investigator Dr Bertram Pitt, with the University of Michigan School of Medicine in Ann Arbor. Dr. Pitt presented the findings of the study.

“The diabetics, those with renal disease, the elderly, and the low ejection fraction and low blood-pressure [subgroups] all showed the same efficacy, more or less, and the same safety,” said Pitt. “We saw an excess of hyperkalemia [potassium >5.5 mmol/L] . . . and less hypokalemia, but there was less serious hyperkalemia [potassium >6.0 mmol/L], no significant excess of hospitalization for hyperkalemia or renal disease, and not a single patient that we know about died due to hyperkalemia on eplerenone. So to us, the data are pretty straightforward and pretty compelling for the use of eplerenone in patients with NYHA class 2 heart failure.”

The primary results of the trial were presented at the American Heart Association 2010 Scientific Sessions. It was conducted on 2737 randomized patients who had experienced mild heart failure and had an LVEF (left ventricular ejection fraction) of greater than 30 percent. The trial had not even run its projected course when it was halted because it became clear that eplerenone imparted a significant benefit in the health of the patients. At that point, patients who had been receiving eplerenone had shown a 24 percent reduction in cardiovascular death and a 42 percent reduction in heart failure hospitalization compared to the control group that was receiving placebo.

Hospitalization is a very important factor in those who have been hospitalized for mild heart failure. Future hospitalizations are a strong indicator of the progression of the condition and the health of the patient.

“…For patients with mild heart failure, hospitalization really matters — really matters for survival, for the progression of the disease, and for quality of life,” said Dr Piotr Ponikowski of the Medical University, Clinical Military Hospital in Wroclaw, Poland. Ponikowski served as the discussant after Dr. Pitt’s presentation of the trial’s findings.

Dr. Pitt believes that aldosterone blockers such as the eplerenone studied in the trial are underused in the West. Physicians are cautious in prescribing them to heart failure patients who also have renal disease.

“Paradoxically, heart-failure patients with renal disease are among the highest risk, so physicians are overly cautious, and they get the worst treatment,” said Pitt. “You have people at very high risk.” Pitt believes that aldosterone blockers will soon become more commonly recommended in heart failure patients and diabetics since it does not have as many side effects as spironalactone:

“After this, we think they should say specify that you should use eplerenone, at least in the diabetic subset, because there’s good data now that spironolactone in diabetes makes endothelial function worse–it raises hemoglobin A1c, raises cortisol, and reduces adiponectin–whereas eplerenone does not.”