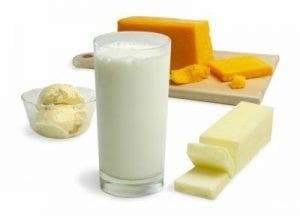 Dairy Products – Lowering the Risk of Type 2 Diabetes: Diabetes is a growing risk around the world. There are more than 23 million women, men and children in American who have been diagnosed and sadly another million will be diagnosed by the end of this year. Many people are learning to control their diabetes through exercise and diet, while other people struggle throughout their whole life. Thanks to research and steady studies, there are more cures on the way every year and this bit of information might just be the small relief, we’ve all be waiting for.

Scientists and other colleagues from various institutions of Harvard have found that trans-palmitoleic acid (fatty acid), a compound found in dairy products like butter, cheese, milk and yogurt could lower the risk of type 2 diabetes considerably. Palmitoleic acid is produced in small amounts by the body, though for a person to consume trans-palmatileic acid, a dairy diet is needed. Health professionals in the past have advised against the diet of dairy foods, though now it is suggested to do just the opposite.

Investigators led by Associate Professor in the Department of Epidemiology at Harvard, Dariush Mozaffarian and Gökhan S. Hotamisligil, a Professor of Genetics and Metabolism at Harvard found that trans-palmitoleic acid may justify the epidemiological evidence from recent years, that dairy foods can be lower the risk of type 2 diabetes. The study also showed that individuals with higher fatty acid levels in their blood could lessen the chance of diabetes 62 percent over those who showed lower levels.

However, trans-palmitoleic acid is helpful in many other ways as well. Studies showed that over 3,700 applicants that in the National Heart, Lung, and Blood Institute-funded Cardiovascular Health Study showed that those who had higher circulating levels of trans-palmitoleic also showed lower levels of cholesterol, insulin levels and other risk factors that typically lead to diabetes.

Typically, trans-palmitoleic acid can be found in vegetable oils, but these oils are advised against since they can lead to more heart issues along with heart disease. It is highly advised to diet with the trans-palmitoleic acid that comes from both dairy and meat products, which show to have a lower risk on the heart.

Whole milk is the best place to find trans-palmitoleic acid, it has more than two percent, one percent and skim milk does. Although, low fat dairy foods are suggested by both doctors and other professionals, dairy foods themselves can be very high in fat which tends to lead to other health concerns. Along with a low fat dairy diet, low sugar and salt portions are recommended, along with an increase in fruit and vegetables. It is not recommended for individuals with diabetes to increase their intake of just one food and relinquish others to prevent their risk of type 2 diabetes.

Diabetes is a powerful disease that is hurting many people, but with new advances in both science and technology, researchers are positive that a cure will be found.