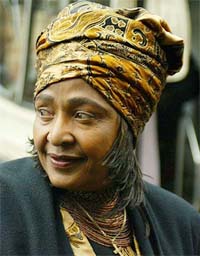 Winnie Mandela was born Nomzamo Winifred Zanyiwe Madikizela in 1936. She is a popular figure in her native Brizana, South Africa. Even though, it was difficult for a black woman to get an education during the apartheid, she accomplished his goal. Mandela received a degree in social work as well as a bachelor’s degree in international relations. She was forced to live for years on an island; she struggled with diabetes while in that state of isolation. Mandela was only allowed to return to visit her husband in prison. Mandela had problem with the law as well when she was convicted of fraud and theft. Later a judge over turned the theft charge leaving her with a fraud conviction and a 3 years suspended sentence.