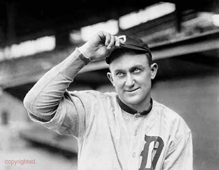 Ty Cobb was born Tyrus Raymond Cobb in 1886. He was from Narrows, Georgia. Cobb is an all-star baseball icon. He was dubbed one of the best baseball stars in American history. His nickname was “The Georgia Peach”. Even though Cobb had type 1 diabetes, he played for the Detroit Tigers and the Philadelphia Athletics. He batted .320 or more for 23 consecutive seasons. Cobbs broke several all time records as well. As of 2007, there are still records that have been unbeatable. These include highest career batting average and most career batting titles. His style is still impressive to this day.

Various other baseball players have tried time and time again to beat the unbeatable. In 1939, Cobb was inducted into the Baseball Hall of Fame. Ty Cobbs died in 1961 from cancer, complications of diabetes as well as heart disease. He was 75 years old.