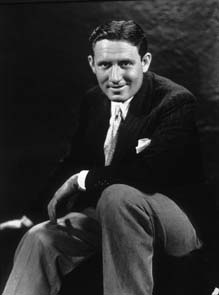 Spencer Tracy entered the world in 1900 from Milwaukee, Wisconsin. He was a brilliant stage and screen actor. In his career, he achieved several awards and nominations. Tracy appeared in over 70 films in his career and won two Academy awards. He was nominated for 9 Academy Awards as well. Tracy is remembered from such films as “Goldie”, “It’s a Small World”, “It’s a Mad, Mad, Mad, Mad World” and “Guess Who’s Coming to Dinner”. Spencer Tracy died in 1967 of a heart attack. He was 67 years old.

Tracy has had various health problems through his life including diabetes. Nevertheless, he was always supporting other actors and actresses with their illnesses. Spencer Tracy and Katherine Hepburn stayed at the bedside of the dying Humphrey Bogart.